SACRED SUNDAY MARCH 3, 2019:
USA for Africa - We are the World We are the People:
https://www.youtube.com/watch?v=M9BNoNFKCBI

1.
HELLO! brings you the latest celebrity & royal news from the UK & around the world,

1.
3 days ago - An email sent to more than 500 of his colleagues by multiple
Classic-winning trainer Ralph Beckett, seen by the Racing Post, has proposed that ...

1.
3 days ago - An email sent to more than 500 of his colleagues by multiple Classic-winning
trainer Ralph Beckett, seen by the Racing Post, has proposed that ...

JMC: Knock, knock knocking on Heaven’s door to ask Jesus to teach us how
to forgive the like of this:

The most valuable European soccer players in 2018, ranked ...
https://www.businessinsider.com/most-valuable-european-soccer-players-ranked-2018-6

1.
3 Jul 2018 - RANKED: The 25 most valuable soccer players in Europe, all worth
over €100 million ... last year) and Neymar, who smashed the world
transfer fee record when ... club has a major influence in determining
the transfer price.".

Harry Redknapp King Of The Jungle
471 views
50 SHARE SAVE

1.
Andrew Marr, former BBC political editor, interviews key
newsmakers and shines a light on what's happening
in the world. Includes a review of the Sunday ...

Trust  In- Action – Handling-Minding from the Ground Copyright:
Trust  In- Practice in the Saddle Copyright:

The 2020 Investec Derby – entries by owner

The 2020 Investec Derby – entries by sire

"Morning Brief:"
Trump – Kim Summit: Outcome:
Where we are now:

"Pope Francis"
In the morning, and at the going down
of the sun we will remember them:

JMC: Where we are now:

The Guardian
20 mins ago


Trump-Kim summit - live updates: US president blames failure of talks on North Korea's demand for sanctions to be dropped

The Independent
12 mins ago

'Sometimes you have to walk': Trump leaves Hanoi with no deal

Trump-Kim summit: 'No agreement reached' as second round of talks in Vietnam cut short

The Telegraph
2 hours ago

Trump-Kim summit breaks down over sanctions

Where we have come from: Jesus Christ’s Human Rights Law:

Where we are now: European Union Human Rights  Trade Law 2019:

JMC: JESUS kicks them all out of the Temple:

Cleansing of the Temple - Wikipedia
https://en.wikipedia.org/wiki/Cleansing_of_the_Temple

1.
2.
Christianity · Bible.malmesbury.arp.jpg Bible. Wikipedia book Book:Life of Jesus · v · t · e. The cleaning of the Temple narrative tells of Jesus expelling the merchants and the money ... And Jesuswent into the temple of God, and cast out all them that sold and bought in the temple, and overthrew the tables of the money ...


The traditional promise of a Savior for all of humanity is fulfilled in Christ, who desires .... without subjecting themselves
to all the precepts of the Mosaic law. ..... 19 But Peter and John answered and said to them, "Whether it is right in the
sight of ...... He came to them, 3 and because he was of the same trade, he stayed with ...

Conghua facilities are fantastic, but horse movement is the Jockey ...
https://www.scmp.com/.../conghua-facilities-are-fantastic-horse-movement-jockey-clu...

1.
20 Oct 2018 - China embraces new racecourse with Hong Kong Jockey Club leading
the charge for change ... The issue of teething problems was illustrated clearly when Chinese ...
rules in the future to make their venture into the mainland a success. ... “The opportunity to
see world class racing in China is unique to ...

Horse racing in China – with betting – is still a dream | HK Racing ...
https://www.scmp.com/sport/racing/article/.../horse-racing-china-betting-still-dream

1.
15 Apr 2018 - The mere mention of the words “horse racing” and “China” can be ...
the development of horse racing in Hainan as well as “explore the ... China backs
horse racing and new sports lotteries on southern island of Hainan.
Missing: Adventure

Magazine show accompanying coverage of the horse racing. Catch up on the
ITV Hub - the home ofITV4 on demand.

Virginia and Peter Walwyn, champion Flat trainer – obituary
Peter Walwyn, the racehorse trainer, who has died aged 84, was most famously
associated with Grundy, winner of seven of his 10 races, including the 1975 Derby

Wind and rain takes over from warm February sunshine:

1.
All the latest breaking news on Dan Walker. Browse The Independent's complete collection
of articles and commentary on Dan Walker.

1.
All the latest breaking news on Dan Walker. Browse The Independent's complete collection
of articles and commentary on Dan Walker.

Our Steph takes a closer look at

the future likely for newspapers 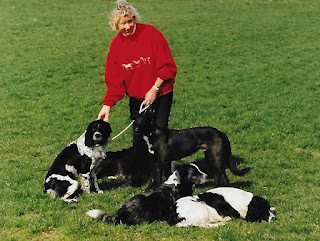 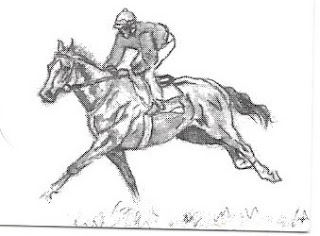 New series. FOOD: TRUTH or SCARE investigating whether
some of our favorite foods are harmful:

1.
Gloria Hunniford and Chris Bavin explore which foods we should and ... New

Victoria Derbyshire (@vicderbyshire) · Twitter
https://twitter.com/vicderbyshire
Exclusive: the Bishop of Kensington, marking one year since #Grenfell calls for
fundamental revolution in the way we care for each other’.
And he tells us it’s ‘important for the

EU: UK: NS: JMC: EU- UK- TM's - Brexit Delay Pressure. Tory Prime Minister
Theresa May not prepared to talk about it .... We’ve been here before …
Meanwhile lower down in the pecking order whilst waiting for TM to
respond, the delay pressure  stack’s up against her: One option “No Brexit”

Meaning UK stay in the EU: The  other possible outcome TM sleep

1.
News, views, analysis and moves on the political stories of the day.
‎Episodes · ‎Clips · ‎Goodbye to the Daily Politics

Peter Henley takes a closer look at Local County Council's and the effect
Brexit uncertainty is having on their daily working practices:
Rubbish collection and recycling out of control: Putting your rubbish
bin out, but will your rubbish be collected? The massive fundamental
global problem we now have on our door steps, household rubbish -
recycling - procedures non existent: Why would the 27 other countries
in the EU want to have anything further to do with UK?
.

Frenetic week in 60 seconds: 8 decades of Tory austerity burdened upon the
most vulnerable in our society. Friends of the Earth Angela Pooley confirms
people have lost all trust in Tory politicians and their lawyers. A frightening
lack of decent Social Care in the community, housing crisis, railway crisis
non existent human rights:

Images for Friends of the Earth Angela Pooley

Theresa May sees #Brexit as "a damage limitation exercise", according to her ex-aide Nick Timothy PM's former chief of staff speaks to @bbclaurak for BBC2 documentary 'Inside the Brexit Storm' [tap to expand] http://bbc.in/2TlF0HM

AN: Pressure on Corbyn over Anti- Semitism Row:

AN: Can May get enough support for her deal?

AN: Pressure on Corbyn over Anti- Semitism Row:

AN: Can May get enough support for her EU deal?

AN:  Trump - Kim Summit Break Down:

AN: Ground Strategy In Process:

DT: USA: Sometimes you can only walk away:

JC: UK’s  Theresa May at EU Summit in Egypt:

JC: What Brexit Votes are there this week?

JMC: Thankyou, thankyou , thankyou every one for all

your help, I couldn't be doing any of this without you:

United Nations was live.
3 December 2018 at 02:55 ·
·
Tune in to the People's Seat at the UN Climate Conference #COP24 in Poland as Sir David Attenborough delivers a speech shaped by people from around the world and collected through social media demanding more #ClimateAction.
#TakeYourSeat 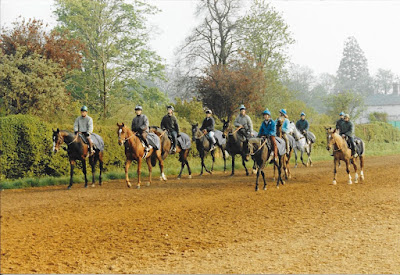 
ABOUT THE PLAYWRIGHTS: JOSEPH AND THE AMAZING ...
https://www.bard.org/.../about-the-playwrights-joseph-and-the-amazing-technicolor-d...


Like many musical partnerships, the collaboration of Andrew Lloyd Webber and Tim Rice brought together the essential elements of musical creation: a passion ...

Posted by Turfcall at 22:41 No comments: