THURSDAY OCTOBER 31st RACING POST 2013. BREEDERS CUP (USA) (GLOBAL) JON LEES- JOHN GOSDEN (GB) THE FUGUE TO TAKE ON THE COLTS IN THE $3 MILLION TURF INSTEAD OF THE $2m FILLY AND MARE TURF "WE ARE SLIGHTLY TAKING THE BOLD STEP"

GET THIS BOOK OF ADVENTURE AND JOURNEY ALONG WITH NICHOLAS GODFREY

On the Racing Road: The Ultimate Journey to the Racecourses of the World

COUNTDOWN TO THE 2013 BREEDERS' CUP


"Gosden fits right in among home-grown legends of the game. "


Nicholas Godfrey (Global Horseracing Zone Reporter) sets the scene from where the action is  Santa Anita Racecourse  bringing us the atmosphere as the top professional  horsemen from around the Equus world of worlds, gather, bringing along some truly fabulous racehorses to compete for these  two days of championship races.

is up to the
challenge of taking on the colts. "
"JOHN GOSDEN yesterday admitted he was taking "a bold step" with The Fugue, 's leading Breeders' Cup contender, tackling the $3 million Turf.
J M C Turfcall Comment
As a former California-based trainer, Gosden was not surprised by last years frustrating outcome in which The Fugue found herself boxed in and unable to find a clear passage until it was too late. No true Equus Global Interference Rules of Horseracing in place. These sort of incidences have absolutely no place in horseracing in any country worldwide. It is totally scandalous that nothing is ever done to rectify this malpractice.

Calling for true Global Equus Rules of Horseracing to stop the carnage, pain and suffering being caused at an ever increasing rate on racecourses around the world. Not good enough, Not nearly good enough by a long chalk. As Monty Roberts puts it "It's Terrible".  It is indeed terrible a shocking disgrace.
"After watching The Fugue canter on the turf track under big-race jockey William Buick, Gosden said: "We are slightly taking the bold step, I'll admit that. Point Of Entry is a superb horse. Little Mike is coming back to his form and they did run a phenomenally fast 2min 22sec and change for a mile and a half (last year) which is quite exceptional.
"A mile and a half, a mile and a quarter are all the same for The Fugue, but this is a fast mile and a half with the firm ground and first four furlongs downhill.
"She is happy at 10 furlongs, as we know, but this race is the championship race and to that extent we thought we would be bold and go for it. We've been leaning that way all along and didn't see any reason to change the plan. "

Tony McCoy drew a blank at Carlisle on Wednesday, leaving the champ still nine victories away from 4,000 jumps winners. He is in action at Stratford this afternoon, where he has three chances. 13 mins ago

Diary From Down Under

"The old rule of showbiz is that you should never work with children or animals. At Werribee today there were few children but many animals." Read Lee Mottershead's latest blog as our reporter gets acquainted with Australian wildlife.

By International
Royal Empire will attempt to give Godolphin a first victory in the Emirates Melbourne Cup at Flemington on Tuesday. Kerrin McEvoy will take the ride on the Saeed Bin Suroor-trained four-year-old. 4 mins ago

By Lee Mottershead in Melbourne
THE SYNDICATE boss who booked Ryan Moore for Dandino in Tuesday's Emirates Melbourne Cup has claimed the former champion jockey wants "to redeem himself" in the Flemington spectacular. 51 mins ago More

By AAP Racing/Mike Hedge
There is really only one place where Red Cadeaux shouldn't be backed. At home. Anywhere else he's a winning chance. More

Be sure to get your own Racing Post today, and over the next 4 days.

Join in this exciting global horseracing adventure yourself, and meet up with some of the greatest true Equus horsemen with their racehorses on this earth in 2013

By Jon Lees
OLYMPIC GLORY enjoyed light exercise under Richard Hughes yesterday in preparation for the Breeders' Cup Mile with connections hopeful he will handle the tight Santa Anita track. 6 hours ago More

Posted by Turfcall at 20:15 No comments:

MAGICAL HISTORIC MOMENTS
Caught for us by the Racing Post p 6-7 today
to share with us. Brilliant.

Be sure to get your own Racing Post today, and over the next 4 days.
Join in this exciting global horseracing adventure yourself, and meet up with some of the greatest true Equus horsemen with their racehorses on this earth in 2013.

Arazi cantering On the Bridle
accurately in tune with each other

"THE treasure chest of memories from 30 years of the Breeders' Cup is so heavily laden the lid will not shut. Even 30 years from now, however, no single race is likely to dislodge the vivid image of Arazi streaking home in the 1991 Juvenile.
"To this day it remains the implausible of outcomes, especially when Pat Valenzuela stationed Arazi 15 lengths  behind the pacesetter and principal rival Bertrando after three of the eight and a half furlongs Valenzuela was riding the little chestnut for the first time but other novelties were of far greater concern.
"Trained in by Francois  Boutin, Arazi  had never raced left-handed  - much less on the unforgiving dirt surface  he would encounter at Churchill Downs. And no European horse had made a successful transition  from turf  in seven previous Breeders' Cups. It looked like mission impossible.

"Bertrando was a monster in physique and reputation, He brought an unbeaten record to Churchill, and here he was  on an easy lead with Arazi  marooned in the rear.
"Yet the picture changed dramatically  before disbelieving eyes. Arazi sliced through the pack to reach Bertrando's tail on rounding the turn from home. As ace commentator Bill Durkin put it: "The stage is set. "
"Except it wasn't. The duel between the finest juveniles either side of the pond dissolved in the blink of an eye.  "Arazi runs right by him , " exclaimed Durkan. Despite racing five-wide round the bend,  Arazi pulled five lengths clear down the straight to win easily.
"So towering was Arazi's superiority his mid-race charge looked as if it had been extravagantly staged by a movie-maker . And it passed the test of time. Watching the race 22 year on, you can scarcely believe what you see. "
Julian Muscat

Excited Hills up for Cup challenge with Chriselliam
By Jon Lees in Los Angeles
CHARLIE HILLS was on Tuesday hoping his filly Chriselliam can cap a breakthrough year at home with a first major victory on the global stage. 9 hours ago More
Chriselliam 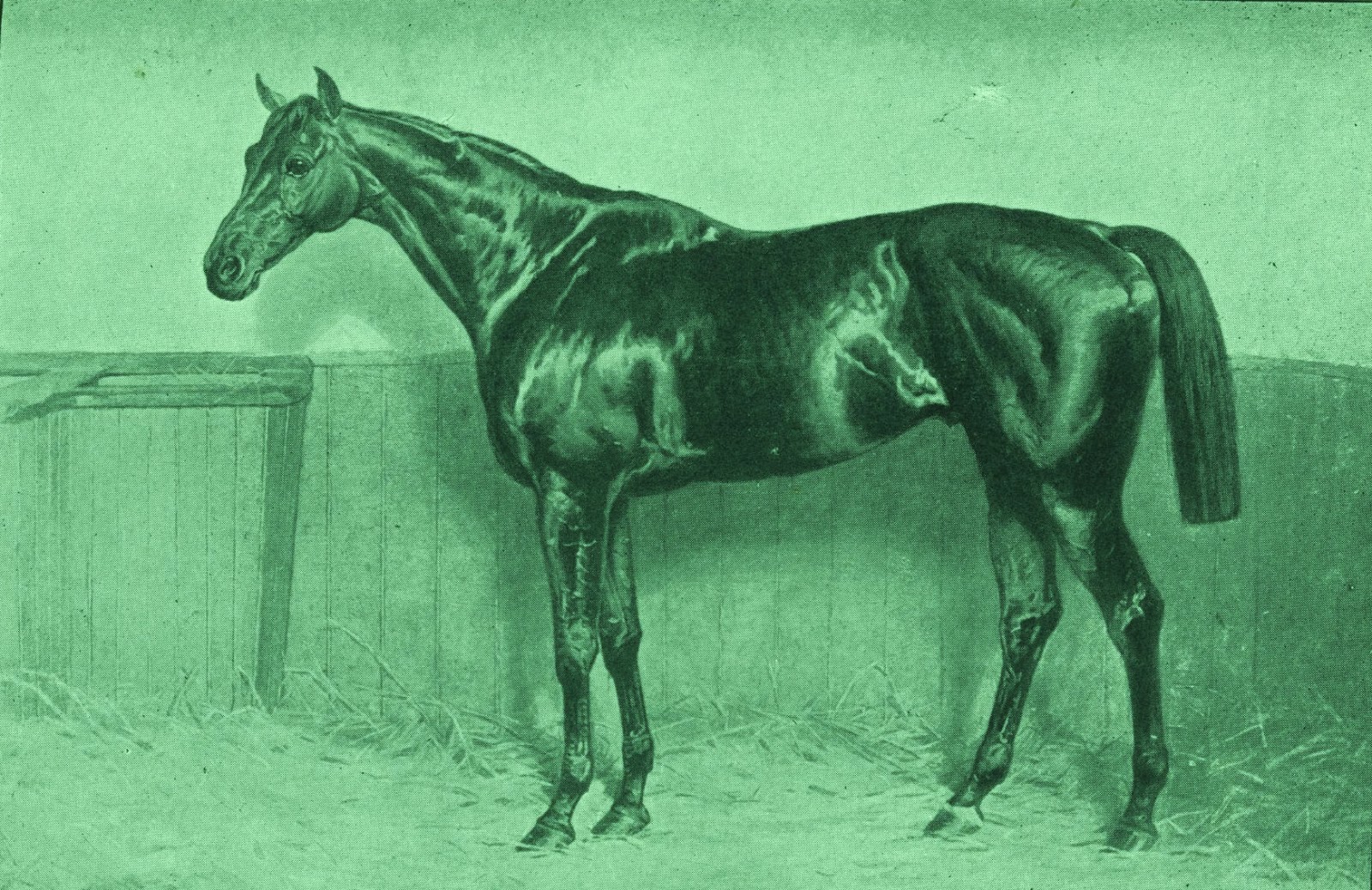 Posted by Turfcall at 00:39 No comments: