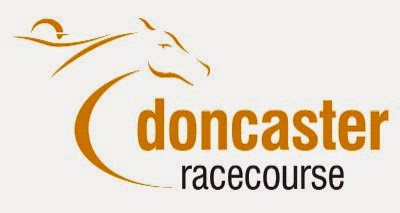 Blair Jenkins: “UK one of the most unfair societies in developed world” .

1.      Blair Jenkins: 'UK one of most unfair societies in.world..
www.yesscotland.net/news/blair-jenkins-uk-one-most...   Cached
By Ian McKerron. The UK has become one of the most unfair and unequal societies in the developed world, Blair Jenkins, Chief Executive of Yes Scotland, said today.

en.wikipedia.org/wiki/Blair_Jenkins   Cached
Blair Jenkins OBE (born 1957 in Elgin) was Director of Broadcasting at STV, and Head of News and Current Affairs at both STV and BBC Scotland. He chaired the Scottish ...


“BHA has to make stand after Saint Helena saga.”
Taking a much closer look at what has surfaced here.
J Margaret Clarke Turfcall Factfile
BASIC FACTS:
Meeting: Southwell
Date: Wednesday September 3, 2014
Type of Race: 3.10:  H’Cap Hurdle 9 Hurdles 2m
WIN: Saint Helena (IRE) 6 10 8 partner Rhys Flint. However McCoy took this ride in the end because trainer Jim Best took "Into The Wind" out due to unsuitable ground among three that were NR's: Team (Jim) Best challenges with one runner Saint Helena partner AP McCoy Runners: 7 to compete . 3 of 10 taken out due to  ground condition.
Winner: Saint Helena partner A P McCoy
The Racing Post reports: Saint Helena lands gamble 11-10f
The big snag in the Rules of British Horseracing causing confusion here and around the world. Is that British horseracing government do not publicly honour the part played by the racehorses themselves. As neither do they recognise the communication skills that come into play between the horse and the rider in each and every race, and in all the training that needs to take place at home to get the horses and the riders (jockeys) fit enough to compete . or not as the case maybe.
KEY FACT ONE
The Rules of each and every sport are in place to be kept by the Players, not by the audience. All Global Sports each, has their own rules no matter what country that sport is being played in. eg: Tennis … Cricket … Football … Taking Tennis here The Wimbledon Global Tennis Championships are famous the world over. And players come to compete in this Tournament from all around the world. All global tennis players no matter from what country they come from, always play by the same rules.  This is what needs to happen in global horseracing and sooner rather than later.


This big snag not only going on in Britain, but in Ireland, America, Dubai, India, Hong Kong (the list is too long for here at present ) causing confusion in practically every country in the world in which horseracing takes place, governed by “Bloodhorse Illiterate” officials.